Do you and your sibling(s) have a rivalry for the ages? From the bible to our favorite television shows, every set of siblings has its own special kind of rivalry. To commemorate the inevitability of these familial feuds, we’ve put together a list of some awesome sibling rivalry sayings and quotes below. If any of them really speak to your sibling-situation, you can print them on a custom t-shirt, hat or more!

I’ve been older since before you were born.

If you think I am crazy, you should meet my sister.

I didn’t hit you…
I just high-fived your face!

I’m not touching you.

The more the merrier, unless it comes to siblings.

You can’t pick your siblings, but you can pick a fight.

“What causes sibling rivalry? Having more than one kid.” – Tim Allen

“I have three other siblings, so it’s all very equal – even when I get a little cocky, which I usually do. My brother keeps me in a headlock. He says that I’m not a celebrity in this house.” – Millie Bobby Brown, on being a celebrity with siblings

“Half the time when brothers wrestle, it’s just an excuse to hug each other.” – James Patterson

“The younger brother must help to pay for the pleasures of the elder.” – Jane Austen

“It snowed last year too: I made a snowman and my brother knocked it down and I knocked my brother down and then we had tea.” – Dylan Thomas

“Sibling rivalry was, and still is to this day, rampant in my family. We were all competing for my parents’ divided attention.” – Janine di Giovanni

“From their struggles to establish dominance over each other, siblings become tougher and more resilient.” – Adele Faber

“Growing up with few resources had turned us into competitors—over food, over our parents’ love, over everything.” ― Liz Murray

“Our siblings push buttons that cast us in roles we felt sure we had let go of long ago.” – Jane Mersky Leder

Tired of seeing Ferris constantly get away with his devious behavior, Jeanie just couldn’t let Ferris get away with skipping school in Ferris Beuller’s Day off.

Ruler of Mount Olympus and Ruler of the Underworld, these two mythical brothers constantly quarreled over power.

Jealous of his brothers leadership of the tribe, Scar set out to murder his brother and seize control of the Kingdom!

The original sibling rivalry was born when God himself gave favor to Cain, enraging the inferior Abel and causing him to murder his brother.

This pair of identical twin sisters couldn’t be more different!

Constantly at odds, it is undeniable that the rivalry here is REAL!

“It’s mostly just dumb sister stuff, you know, I mean, like, everyone always thought of her as the pretty one, you know. Oh, oh, she was the first one to start walking, even though I did it, later that same day. But, to my parents, by then it was like “yeah, right, well what else is new”?” – Phoebe Buffet, Friends

Do you have an awesome sibling quote to share? Are we missing your favorite sibling dueling-duo? If so, leave us a comment below! 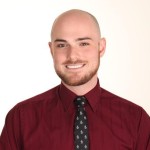 David is a Fundraising Specialist at Custom Ink. He hopes to empower his organizers to run meaningful fundraisers by providing insight into how best to position them for success!