Fairfax, VA – February 4, 2016 – CustomInk, the leader in custom apparel and accessories for groups and communities, today announced its entry into a definitive agreement to acquire Represent, a Los Angeles-based social commerce startup that helps influencers like actors, athletes, musicians, and thought leaders create and sell limited-run t-shirts and merchandise to their fans and followers. With its roots in celebrity-backed social media fundraising campaigns, Represent has attracted high-profile investors including Ashton Kutcher and Guy Oseary of Sound Ventures, James Franco, and WME/IMG.

“In the entertainment world, influence is an even more powerful force than fame,” said Bryan Baum, co-founder and CEO of Represent. “Represent offers a new and innovative way for influential celebrities to mobilize and monetize their passionate and loyal fan bases. The real metric in the world of social commerce is not the number of followers but the tangible actions they take, and the influencers who use Represent have developed deep relationships with their fans who in turn are eager to show their support by buying custom t-shirts and merchandise.”

Represent has created a sophisticated digital marketing and merchandising platform for influencers to sell merchandise in time-limited campaigns. Represent also works with other influencers, such as prominent YouTubers and independent entrepreneurs, to create and sell affinity-based custom t-shirts and other merchandise, as well as major sports and entertainment brands.

“Like CustomInk, Represent is really about helping people build a stronger sense of community,” said Marc Katz, co-founder and CEO of CustomInk. “If you’re an influential artist or athlete, or you represent one, your interaction with your supporters is precious, and so is your time, and the Represent platform makes it easy to engage in a creative and powerful way. Selling custom apparel with Represent strengthens fan communities, builds personal brands, raises awareness for important causes, and generates strong revenues. We’ve seen the results and talked to the influencers running campaigns, and they love it. It’s exciting to have Represent join the CustomInk team.”

Represent works with each influencer to design the campaign, then handles all day-to-day management, printing and fulfillment, so the influencer can simply share the campaign with his or her supporters via social media and other channels. While the campaign is running, Represent’s marketing team can offer additional support through automated search and banner ads that increase the campaign’s visibility and reach.

Influencer-led campaigns on Represent have included:

While the companies will integrate their supply chains and other aspects of their operations and technology, Represent will continue to operate as a distinct brand out of its offices in Los Angeles and Prague. Terms of the deal were not disclosed.

In addition to Represent, CustomInk is developing two new businesses, Booster and Pear, which also offer innovative solutions for activating and strengthening groups and communities. Based in Boston, Booster is a fundraising platform designed to help individuals and organizations raise money and awareness by selling custom t-shirts to support charities, personal causes, or other positive purposes. Chicago-based Pear is a grassroots sponsorship platform that connects groups with national and local brands to fund their custom shirts and other group needs. CustomInk investors include Revolution Growth and SWaN & Legend Venture Partners.

About Represent
Represent is a social merchandising & marketing platform that enables anyone to create and sell custom apparel & accessories with no upfront costs. Launched in May 2014, Represent removes the hurdles between having a creative idea and selling merchandise online and enables anyone with a following to generate engagement and revenue through custom merchandise sales. Represent was founded by Bryan Baum, Leo Seigal and Andrej Pancik, who met as students at Oxford University.

About CustomInk
CustomInk is the leading provider of custom apparel and accessories for groups and occasions. CustomInk believes that t-shirts and other custom products have the power to bring people together and strengthen their sense of community. CustomInk combines an easy online Design Lab with personal care and support to help its customers create the perfect design for any club, school, business, team, or charity. CustomInk created Booster to make it easy for groups to raise money and awareness through the sale of custom products, and Pear is a platform that helps connect grassroots groups and events with national and local brand sponsors. CustomInk is based in Fairfax, Virginia with offices in Charlottesville, Virginia; Reno, Nevada; Dallas, Texas; Boston, Massachusetts; and Chicago, Illinois. 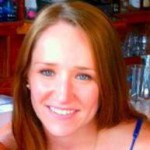 Rebecca is the Public Relations Coordinator at Custom Ink.