Have a smashing time in custom rage room gear from Custom Ink! Going to a rage room to get all your anger out? Unite your furious crew in t-shirts, hoodies, and more for the occasion. Whether it’s a company outing or a birthday celebration, breaking things in one of a kind tees is sure to help! Need some inspiration for your group? Check out our rage room slogans & sayings below. If you see something that’s smashing, personalize t-shirts for your whole group.

Throw it, smash it, break it.

I might look cute but I’ll smash it all.

My blood is boiling.

If you’re angry and you know it, break things.

We’re all the rage.

Let off some steam.

Taking anger to the extremes.

This is cheaper than therapy.

Down for a good recreational smashing?

A smash a day keeps the anger away.

Throwing a grown up tantrum.

Destroy it & forget it.

Some people run, I smash. 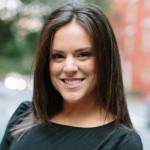