We ask, if famous TV and movie families designed custom t-shirts for family reunions, vacations and events, what would they look like?

Family traditions are a lot like t-shirts. We all have them! For some of us, it’s hitting fast forward on winter with a yearly vacation to the tropics. For others, it’s adrenaline-fueled white water rafting or skydiving adventures. Countless more look forward to annual family reunions, fun runs, charity events, birthdays, and the list goes on.

We’ve been lucky to help so many of you create matching family shirts for your big events, we caught ourselves asking a question that just had to be answered. What if famous pop culture families designed family shirts for their important life events? What would they look like? We bring you 11 Pop Culture Family Shirt Mashups!

Disclaimer: Spoiler alert! This post contains some spoilers for both old and new pop culture mainstays. Custom Ink does not sell or print the t-shirts pictured in this post. This is fan art meant solely for social commentary, entertainment purposes, and fun!

The good news is this is not an annual event! All jokes aside, the success of Netflix’s 2018 release of Bird Box was no laughing matter. In this critically acclaimed film, a mysterious and invisible force compels people to end their lives if they’ve had the misfortune of laying eyes on, well, it’s hard to say exactly…

As blindfolds become critical to survival against an invisible and potentially supernatural foe, our small family of protagonists embarks on a harrowing rafting trip in search of safety. Blindfolded… So, unlike your everyday white water excursion, you don’t come for the sights. Survival tip: Don’t obey the voices!

We told you there were spoilers! Alas, three surnames are just the tip of this familial-drama iceberg. Without giving it all away, let’s just say Jon Snow’s family tree was a little more tangled and gnarly than he was originally led to believe.

With Game of Thrones hitting theatres – er, we mean, TV – this Sunday, the cinematic, er, sorry, television event of the year is finally upon us. We can’t wait to see how this all plays out. Prediction: Daenerys and Jon have a few awkward conversations to hash out. And a few battles left to fight.

This might come off as controversial, but if Ozark had a spirit animal, could it be Breaking Bad? Oh, the debates we could have on that one. Regardless of where Ozark picked up so much zeitgeist steam, this category five hurricane of a series made big waves.

We follow the Byrde family as they try to navigate a downward spiral of money laundering, political jockeying, and tip-toeing around gun-waving drug lords at the Lake of the Ozarks. In the cryptic season two finale, after successfully lobbying for the legal rights to launch a new casino boat, the Byrde’s are primed to stand their ground with the crème de la crème of money laundering operations. Could this be a ghastly mistake? Only season three will tell.

Aren’t you glad we didn’t say Jar Jar? Even though fans have a lot of, well, “feelings” about the first three episodes of the franchise, no one can deny how awesomely terrifying Darth Maul was in Star Wars: Episode I – The Phantom Menace.

As the first apprentice of Palpatine, he looked like a formidable foe. But he was no match for Obi-Wan Kenobi, who expertly bisected him. At least it looks like he had some fun on the way down the wind shaft!

We must have the original Star Wars in here somewhere! Luke Skywalker needs no introduction, nor does his home planet of Tatooine. While these may not be white beach sands,  at least you’ll have some time to bullseye womp rats in your T-16. Fun fact: the selfie stick also doubles as a lightsaber for play fighting!

What a family portrait! You can even almost see Jerry.

Rick and Morty has gathered a huge cult-following with its own gravitational pull. We couldn’t resist creating a family fun run t-shirt for this dysfunctional bunch. While each member of the Sanchez family has their own set of problems, they can easily outrun them with the help of Rick’s portal gun.

It’s time to brave the wilds of Middle Earth, little hobbit. Many have joked over the years that the record-breaking books and films – which are admittedly breathtaking and amazing – well, how do we say this? They had an awful lot of walking. A lot…

Walk to Bree. Tromp to Weathertop. Stroll (well, ride technically) to Rivendell. Foot it to the Mines of Moria, Lothlórien, Emyn Muil, and the Black Gate. Then while you’re at it, hoof it to the Dead Marshes, Minas Morgul, Cirith Ungol, and of course, Mordor. As some say, it’s not about the destination, it’s about the journey! And what a journey it was.

In the Back to the Future trilogy, Marty McFly and Doc Brown go to the past, future, and the wild west in a series of hijinks that all serve to save Marty’s family. Let’s just hope Marty likes his own company as much as we all do. Love you, Marty!

The Godfather franchise is based on family dealings and relationships. Nice fit! One of the most iconic scenes from the whole trilogy was, without a doubt, the wedding scene from the first movie. When paired with the classic puppeteer pulling strings imagery, this is a t-shirt you can’t refuse.

When it comes to horror, Stephen King’s classic The Shining is just about as iconic as it gets. We thought Jack could use a break, so here’s his “dull boy” cure. If this is on your calendar, you might want to get it in a long-sleeve. Brrr.

To really sport this shirt the right way, it’s time to summon your best “sad Batman meme” energy. Long before memes were a thing, Batman cemented a legacy as one of the most recognizable superheroes of all time. One of his main motivators for donning the cape and cowl, of course, was the tragic death of his parents at the hands of a criminal. So, even though his parents aren’t physically on Batman’s beach vacation, they live on through his incredible deeds.

Can you even imagine how many more of these are out there? There’s got to be some pun in your imagination just waiting to come to life, even if it’s strictly “in the family.” With any luck, this imaginative journey sparked some creative energy for you. While your family is sure to have jokes and sayings all your own, the sentiment rings true: Custom t-shirts bring people together! 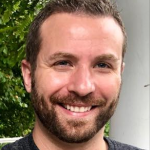