There’s more to Labor Day than the unofficial end of summer and the last few barbecues and hours at the pool. Labor Day is a day to honor the achievements of American workers and to have a well deserved paid day off! Here are some other facts you may not know about the day.

1. Poor working conditions for American workers in the late 1800s sparked the need for change, including paid time off. Back then, the average American worked 12 hours a day, seven days a week, and rarely had a day off. Frustration with current conditions led to the events that would shape Labor Day.

2. The first US Labor Day was celebrated on Tuesday, September 5, 1882, in New York City. Ten-thousand workers took unpaid leave and marched through the city to protest the need for better working conditions. To this day, New York still hosts a Labor Day parade to celebrate.

3. Today, Labor Day is always the first Monday in September. This was made official nationwide on June 28, 1894, when congress passed an act making the first Monday of September the legal day to celebrate Labor Day. The timing was chosen as many labor unions pushed for that month.

4.There is some debate as to who originally came up with the idea of a paid holiday celebrating the American worker. Some records show that Peter J. McGuire first came up with the idea while others credit Matthew Maguire. Both were actively involved with labor unions in the 1800s and with their similar sounding names, it’s no surprise that there has been some confusion over the years!

5. Traditionally people did not wear white after Labor Day because it marks the end of summer. But that seems to be changing. After Labor Day last year, we sold almost 200,000 white shirts of our most popular t-shirt – the Gildan Ultra Cotton . It was our second best selling color after black. We we say white is in all year!

Marching in a parade, having a cookout, or just want to show pride for your business or profession? Make a custom shirt to celebrate! Be sure to order by Tuesday, Sept 1st, by 2pm to get your shirts in time for the holiday weekend.

Looking to join a great company, with awesome benefits – including paid time off? CustomInk is hiring! Check out all of our open positions or learn more about the perks of being an “Inker!”

Sources:
Forbes
US Department of Labor
Do Something
Time 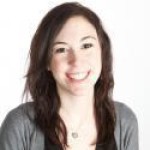