Whether you are a football fan or not, there’s been a topic trending in the news over the last several weeks that just won’t let up. That trend is called Tim Tebow. A Heisman Trophy winner, national champion and the current starting quarterback for the Denver Broncos, Tebow has made headlines every week for the last six weeks. In six of the seven games he’s started, he’s led his team to a come-from-behind fourth-quarter victory. He is an extremely positive-thinker, who is full of faith in himself, his teammates and in his religious beliefs — all of which have been a big factor in his notoriety. Every little thing Tebow has said or done since his win-streak began has been in the news and is now being put on t-shirts. Football fans and the general American public are just fascinated by him and want to show the world.

Take “Tebowing” for example.  This is a pose that Tebow has been doing during football games this season after a big win, touchdown celebration, or just on the sidelines while the Broncos defense is on the field. In the pose, he gets down on one knee with his head resting in his hand as a sign of thanks to his God. This pose has become a symbol for him, and  mimicked by every day folks during their every day routines — while grocery shopping, while in school, while in line at the DMV. If you don’t believe me, just check out Tebowing.com.

Additionally, he’s been called a whole slew of nicknames, from  “The Mile High Messiah” to “Uno Cinco”. There’s even a new slogan dubbed “WWTBD” or “What Would Tebow Do?”

What is so interesting about Tebow is that no one really expected him to amount to much as an NFL quarterback, at least this fast. While

exceptional in college, many sports pundits thought his style of play wouldn’t really work in the NFL. He runs “the option”, and is not known to be a great passer. Regardless, he has become a real phenomenon over the past couple months, surpassing many of the all-time great QBs in 4th-quarter comeback victories, and is most likely going to be leading the Broncos to their first playoff berth since 2005. Who knows, maybe there will be Tebow Superbowl chatter in a months time.  We’ll just have to watch and see.

In the meantime, check out our Tim Tebow t-shirts page to edit a pre-made design, or begin your very own Tebow t-shirt masterpiece. 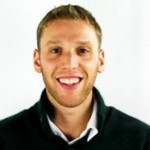