Thought I’d share these wonderful words of praise for the late, great Steve Jobs that our CEO e-mailed to us last night:

As you may have heard, Steve Jobs passed away earlier this evening at age 56.

I don’t usually get too enamored with public figures — whether movie stars, politicians, or even celebrity entrepreneurs — but I have to admit, I’ve gotten pretty into Steve Jobs. In Apple and Pixar, he helped create two companies that just do things so incredibly well — from design, to engineering, to production, to branding — that it’s both inspiring and humbling. I used to take some solace in dismissing Apple as snobs… until I called their tech support for the first time and experienced (much to my dismay) wonderful and sincere customer service.

Over the past decade, through a series of sometimes baffling but brilliantly intertwined strategic moves, combined with “insanely great” execution, Apple revolutionized consumer electronics and arguably entertainment. In the process, it’s become one of the most valuable companies in the world and probably the most admired. And keep in mind that while driving this amazing ascent, Steve Jobs was also fighting for his life against cancer. What awesome optimism and courage.

At times, Apple’s performance is so good that it makes them seem almost not human, but of course they are. They are just talented, flawed, real people, like us, who are nuts about doing great work. In fact, part of what makes it all so inspiring is that this was by no means a straight shot to glory. I won’t try to share the details myself, but you may get a lot out of this 2005 commencement speech by Steve Jobs, in which he shares a lot of his personal and professional story, along with some profound insights on life. 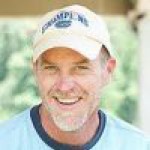